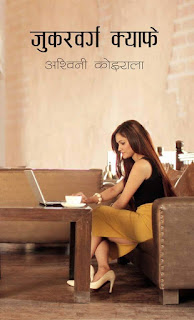 A book based on romantic stories and those of lament, Aswini’s latest entrant in the literary market is probably a collection of stories that is much likely to arouse the love bug in you-but in a digital way. As the title goes, the twenty-four stories that have been penned down by the avid journalist (senior correspondent of Kantipur Weekly) cum writer make references to social websites like Facebook and digital mediums of data transfer such as the ‘pen drive’. The overall theme is to depict the role of technology in shaping up the culture of falling in love as well facing its tragic ends.

The first in the lineup is titled ‘Eela Miss Ko Patra’- a portrayal of a heartbroken lover whose digitally written mail is accidentally copied to the protagonist’s laptop in a photocopy shop, leaving the narrator with no choice but to end up reading the whole journal based letter. He finds out that the female character writing the letter ends up portraying her tragic situation to a new victim of her convict towards the end of the story.

Similarly, ‘Savitri – Satyavan’ depicts the meeting of two elderly individuals who had once fallen in love but were unable to be tied up to each other matrimonially due to numerous reasons. As they depart after a long awaited date, the story ends as Savitri’s grandson posts her ‘Selfie’ image with her long lost lover in Facebook and Satyavan puts a ‘like’ to it.

Order online today from ghardailoma.com, "Ease Your Shopping Experience"
For queries and assistance dial: 9840358300
Customer service hours: Sunday to Friday: 7AM to 7PM
Saturday: 2PM to 8PM
Posted by ghardailoma.com at 10:19 AM