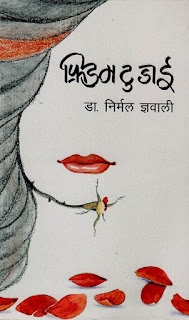 Based upon the Nepalese diaspora who are living a ‘grey collar’ lifestyle abroad, the book has been claimed by the writer to be an unsung songs of such individuals who are pursuing their dreams to achieve their individual goals in life.

Consisting of 23 chapters, the storyline depicts a protagonist named Khusi Sharma, who is a 25-year-old journalist who begins the story with a first person narrative. In the first chapter, the story’s setting unveils the meaning of the title of the book itself.

This book is the outcome of the writer’s ten years of blogging with his writings. He is currently the chief technology officer of Sydney IT Company in Australia. A graduate in medicine; post graduate in communications technology and sociology, Gyewali officially enters the Nepalese literary scenario with this book for the first time. The writer is also known for his articles based upon communication technology published in several international and national magazines at times.

Order online today from ghardailoma.com, "Ease Your Shopping Experience"
For queries and assistance dial: 9840358300
Customer service hours: Sunday to Friday: 7AM to 7PM
Saturday: 2PM to 8PM
Posted by ghardailoma.com at 10:14 AM